Click here for the Latest articles on Diversity & Inclusion

Don’t miss Dr. Nancy King’s thought provoking series on Diversity, Equity & Inclusion. Learn what inspired her to write the series then click on the articles below to read more.

What inspired you to do this series on Diversity, Equity & Inclusion?
I sent a video message to my teammates after George Floyd was killed.  Of course, violence against Blacks was nothing new; but this time it was achingly captured on video. What surprised me was the depth and number of responses I received from black, people of color, and white teammates.   Nearly everyone was grateful that someone “spoke up” about the tragedy and said aloud “Black Lives Matter.” Black colleagues shared the pain they are carrying and have experienced.  Everyone wanted to have the conversation and learn what they could do to make things better. Many would say, “I feel terrible and didn’t know what to say.” The video generated so much email conversation–from people of all colors– that it inspired me to move forward with the series as a way I might be able to contribute to greater understanding and healing.

Who is the audience for this series? Who will benefit from reading the series?
I wrote this series specifically for leaders in the nonprofit aging services field. We have a tradition of learning from one another and I thought by sharing some case studies and best practices, leaders in our field could continue to learn from each other, even in a pandemic.

What were your biggest AH-HA moments while you were doing the series?
One ah ha moment was that there are so many leaders, residents and organizations trying to move the needle on diversity and inclusion.  Yet we have not really had a large conversation about it.  But that is changing.  All these individual efforts are combining into, what I see as, a collective wave for our field. It is our moral imperative.

The biggest ah ha moment is learning that most of our colleagues and teammates WANT to have the conversation.  They really do. 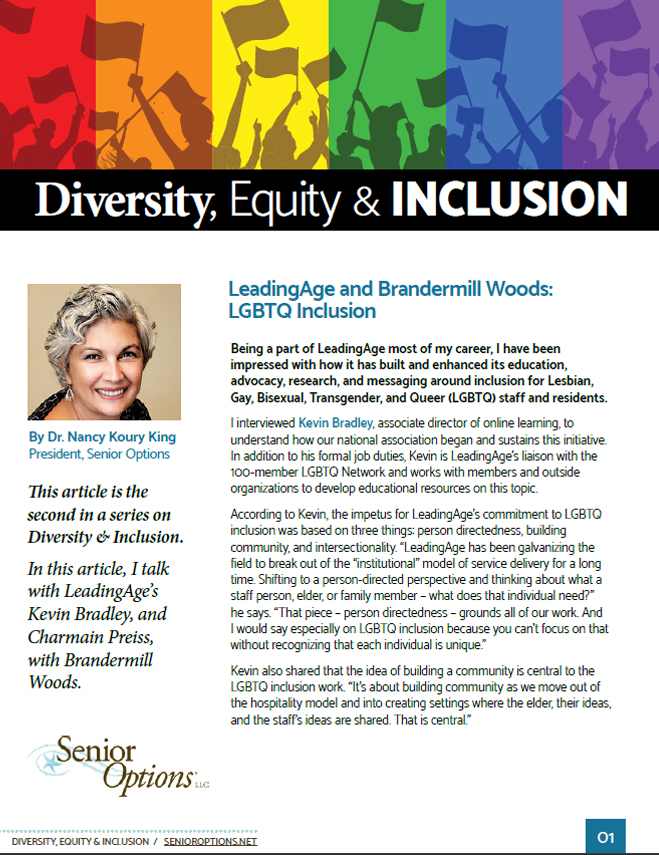 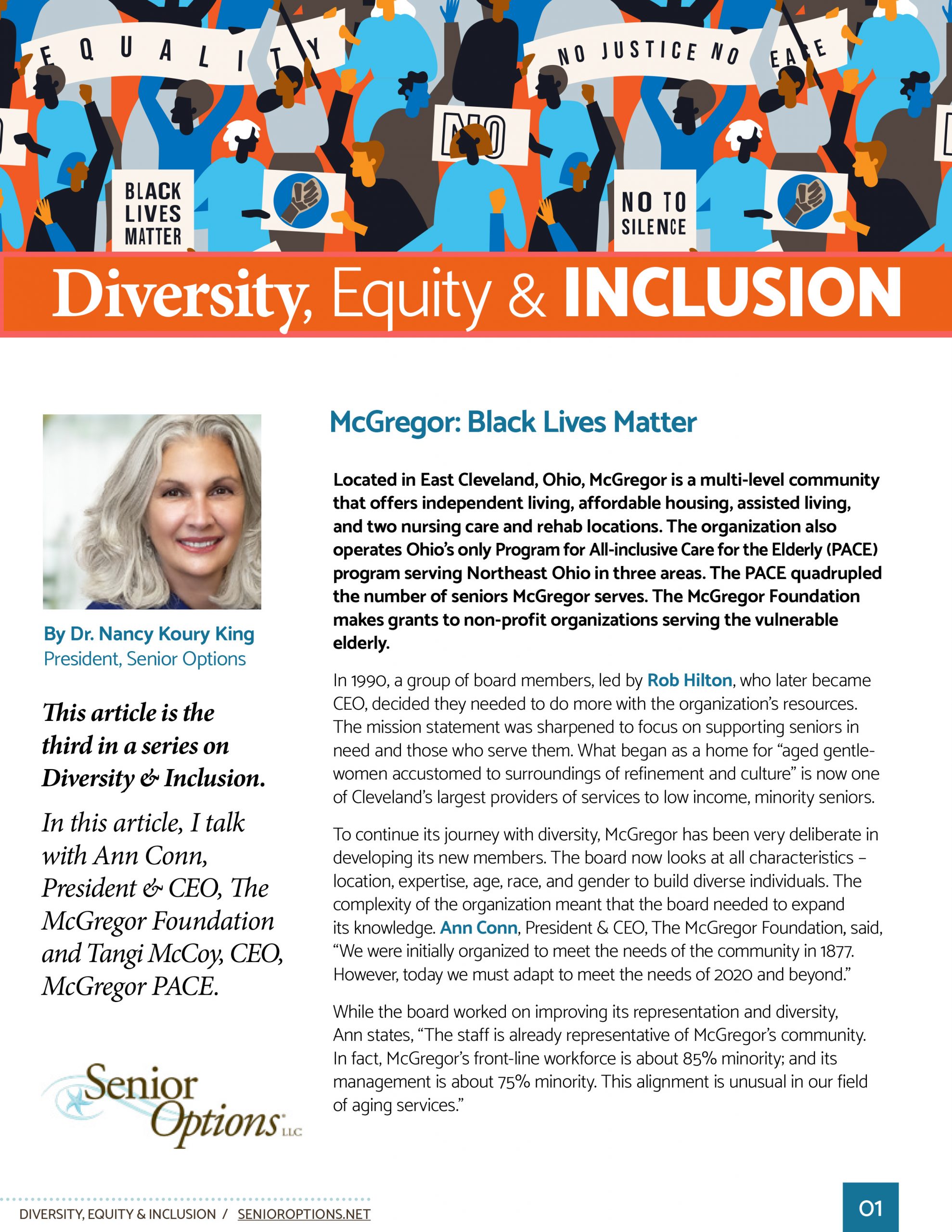 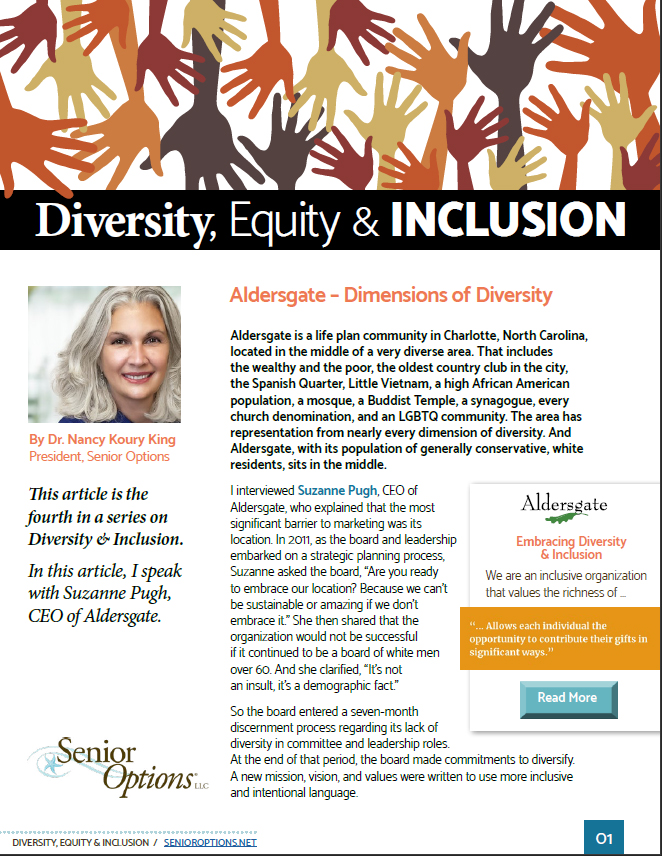 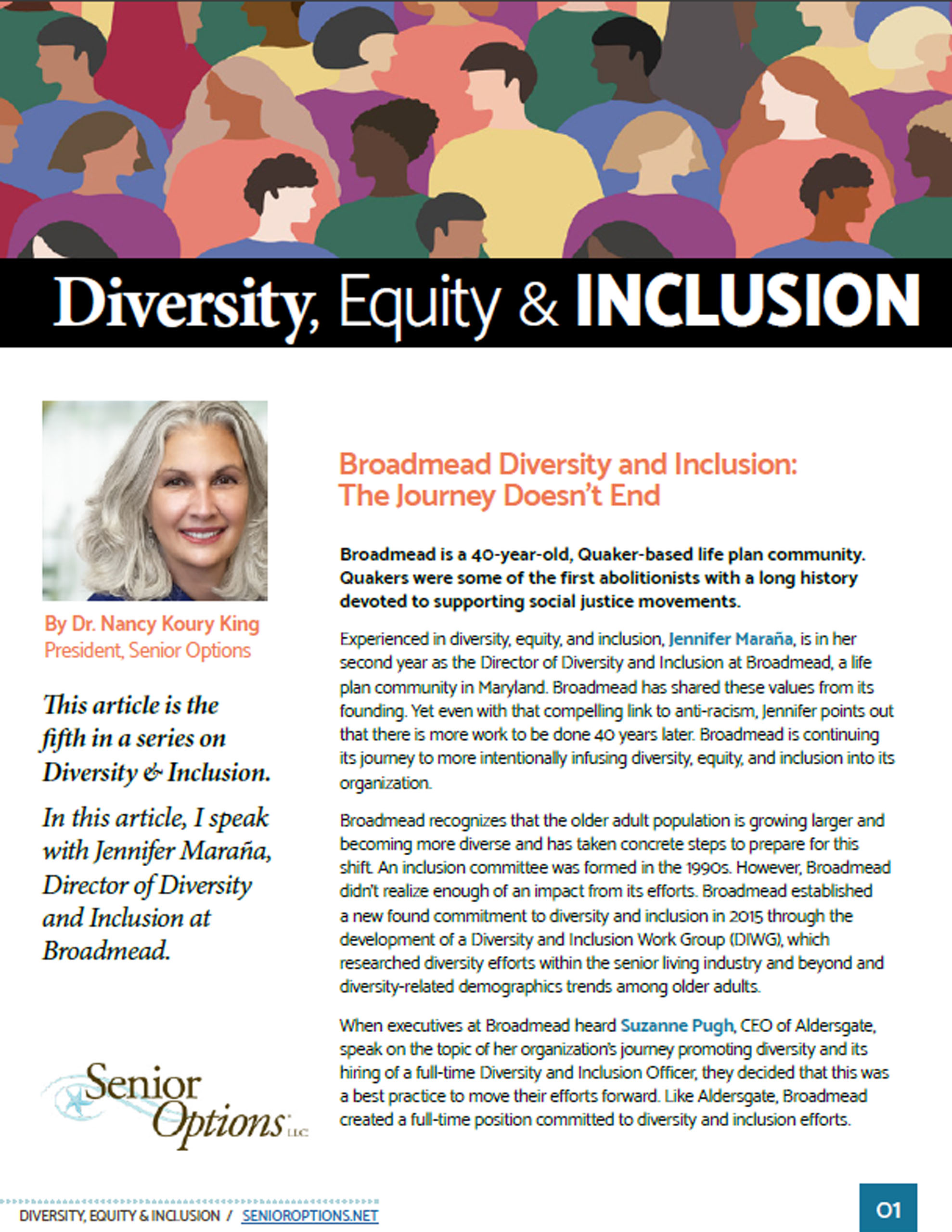 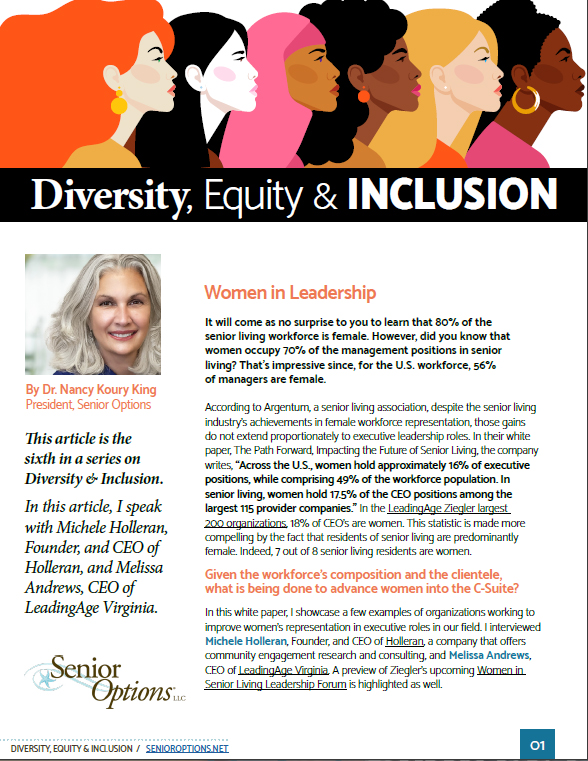 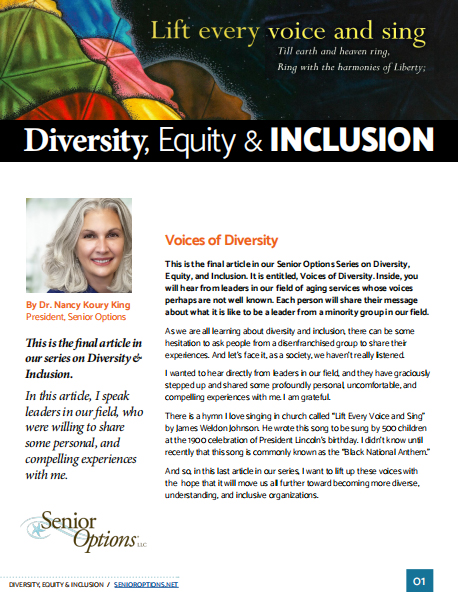